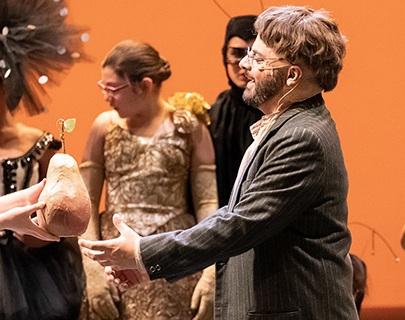 in the work "Pinocchio" by Pierangelo Valtinoni, whose success was also noted by the sold out of the six performances. A work in two acts with a libretto by Paolo Madron, taken from The Adventures of Pinocchio by Carlo Collodi, staged at the Regio Theater in Turin.

The curtain opens on a giant heart that stands out on the scene. In the background, 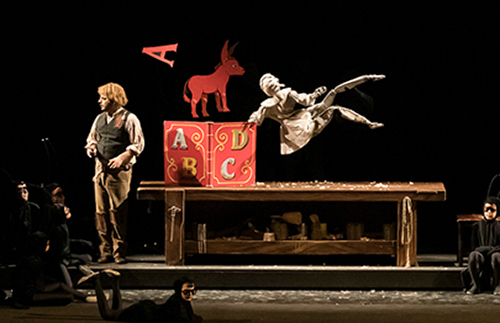 comes to life incredible puppets by Claudio Cinelli animated by the complex Japanese technique of the bunraku theater and the children of the Choir dressed in the imaginative costumes of Laura Viglione.

The plot is full of action and adrenaline, without neglecting hidden messages. In the first act we see Pinocchio saving Mangiafuoco's puppet theater and then being robbed by the Cat and the Fox. In the second act the puppet is saved by the Blue Fairy to then continue his dangerous adventures in the land of toys, after which he ends up on the high seas and in the belly of a shark, where he finds his father. Father Geppetto is always present on stage, he looks for his son everywhere: we saw him even in the orchestra or in the audience.