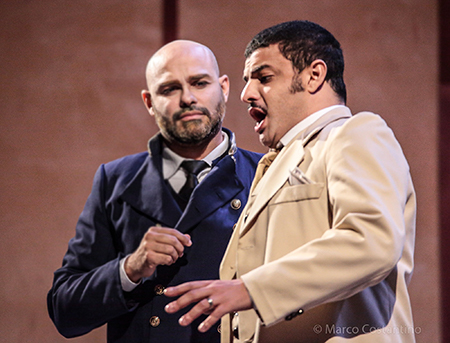 has fully convinced what Sharpless is, both for its scenic authority and for its vocal property, providing, among other things, a valid musical support as "shoulder" to the protagonist.

At the Teatro Franceso Cilea of the city of the strait Madama Butterfly which was missing from the scenes of the historic theater, to which today it wants to give again an operatic identity, from the 60s of last century, when in the part of Pinkerton a very young Luciano Pavarotti made his debut.

The show imported by the Coccia Theater of Novara was also very much appreciated by the public who, obviously, expected a traditional direction. 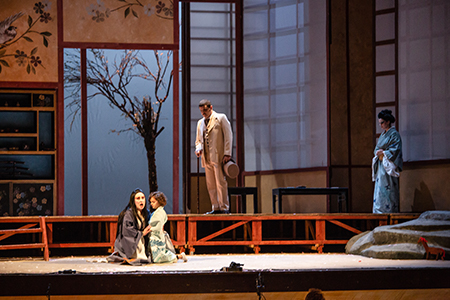 The scene is unique but functional; the costumes are very spectacular and well-matched chromatically, the design of the lights is excellent and the direction of Renato Bonajuto is fluid, assisted by the choreographer Sofia Lavinia Amisich and on stage by M ° Manuela Ranno, who ensured a coherent action unfolding.

The chorus Francesco Cilea, ideally prepared by Bruno Tirotta, is also very good, as is the excellent performance by the Orchestra of the Teatro Cilea under the guidance of the Spanish Maestro Alvaro Lozano Gutierrez, who deliberately insisted on the symphonic component of the score, broadening the times and giving vast breath to musical phrases. A fascinating reading that has found the approval of the public, even if it has put the stage in serious difficulty and, above all, the protagonist who still has heroically held up to the end, providing another proof of musicality and physical vocal resistance.