The father Germont interpreted by the baritone Salvatore Grigoli 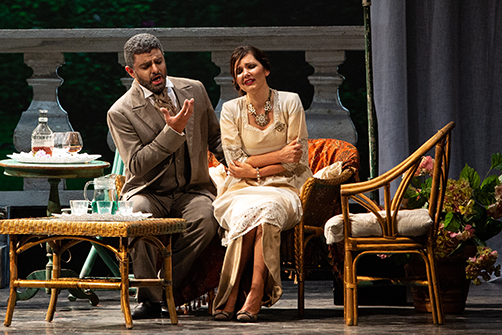 has demonstrated to possess not only the robust vocality suitable for the Verdi roles, the interpretative depth to confer an almost hieratic emphasis on the perorations, but the paternal affection which dispenses both the rebellious son and the redeemed courtesan. His fateful aria "Di Provenza" aroused the enthusiasm of the public..

A show in the wake of the most consolidated tradition, even if referred to as the Belle Epoque , thanks to the precious costumes signed by Artemio Cabassi, and at the time of the Liberty style,

An essential scene, almost minimalist, but treated in detail in the rich equipment, framed by large curtains of different colors according to the scenes and suggestive projections on the bottom, as well as a balustrade and a workable. 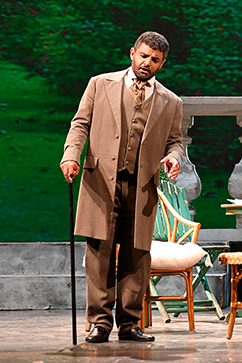 The action takes place with didactic precision and also with some flashes, such as the one at the opening of a painter who portrays a nude model in Violetta's living room.

With the support of the excellent Coro Lirico Francesco Cilea, instructed by Maestro Bruno Tirotta and the precise Orchestra of the Teatro Francesco Cilea, Manuela Ranno, a young orchestra conductor who is imposing himself on the Italian scene, held the reins of the show with vigor and the pressure of time. 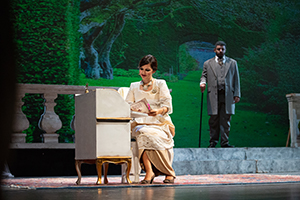 For the rest, the focus is on the humanity of the characters and, above all on the fact that the courtesan is, in the rich gallery of characters of the romantic melodrama, the last heroine who sacrifices herself for love and who in the renunciation finds the way to redemption soul.