Adriano Guarnieri's work draws its inspiration from the collection of lyrics, 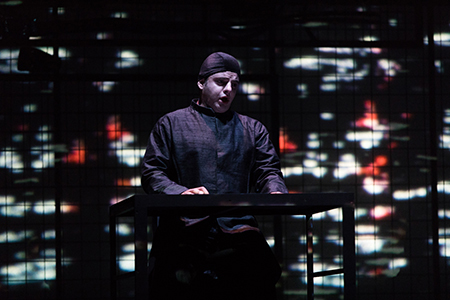 inspired by the night and his angel and the beloved never come of Rainer Maria Rilke.

On stage four imaginary faces that tell the interior of the human soul: The baritone Salvatore Grigoli interprets the IV Face.

The work does not follow a narrative, but a musical flow of actions and voices that seems to regenerate continuously. 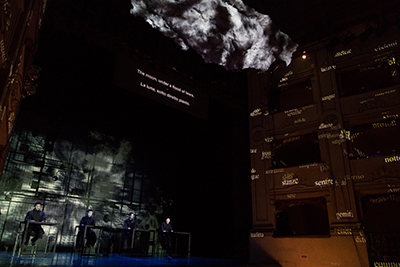 The characters sit in front of the audience almost for the duration of the work, with the exception of the reciting voice, and the piccolo.

The Faces are immersed in a dreamlike night scene wrapped in a virtual scenario that expands the space of the stage,

with projections of fragments of the text, faces, strings of vertical calculations and extracts from the author's manuscript score.

All in a non-building world that detects the drama of the human being.