The Baritone Salvatore Grigoli engages in the work 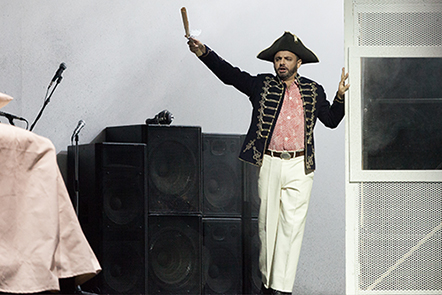 experimental "Ehi Giò" born from the idea of staging the human side of Gioacchino Rossini, a fragile but strong man at the same time .

With Giuliano Compagno who wrote the libretto of the work, the composer Vittorio Montalti imagined the great Rossini in the last years of his life, visited by his memories and the fundamental figures of his life.

The scene, a recording studio from the 70s, sees a Rossini 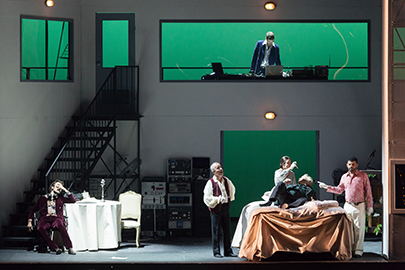 which traces the facts of his life in a non-chronological order between the appearances of an art critic, the baritone Salvatore Grigoli, his father, tenor Gregory Bonfanti and his mother, soprano Ljuba Bergamelli.

The three singer-workers who are all and nothing of Rossini's past, and who only by touching the crammed objects 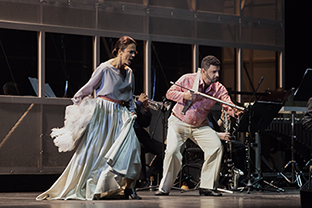 in a small and dark subscale they become characters in turn, on the proscenium, they perform a sort of rare escape and technical skill.

The music of Ehi Gio 'does not depart from the well-known compositional styles that followed one another after the twelve-tone revolution: atonality, melodic cells, eclecticism, electronic contaminations, a hint of minimalism.